We provide drivers for MySQL and Redis. The drivers are based on BSD licensed open source drivers from the OpenResty platform. We provide an OpenResty compatibility layer that makes it possible to use the MySQL and Redis drivers with the Barracuda App Server. The following diagram illustrates how the blocks work together. 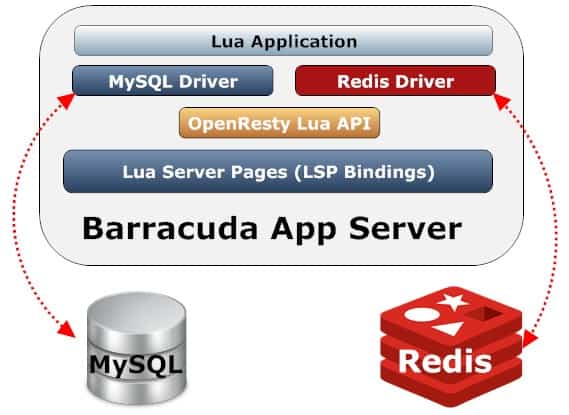 The connections between the drivers and the databases use standard socket connections. This means that MySQL and Redis drivers can also be used in deep embedded devices as long as the MySQL and/or Redis Databases are running on a standard computer accessible from the device via the network.